Skip to content Skip to main menu
Home › What’s On

By Agatha Christie and Gerald Verner

Directed by Will Harris

All together with other house guests in the beautiful drawing room of an elderly lady.

Rivalry?  Jealousy?  Or is the scene set for a pleasant interlude by the Cornish coast?

Whatever happens, is there anything to prevent it from inexorably approaching Zero Hour?

TICKETS ON SALE FROM NOVEMBER 7th 2022

This is a fun fantasy play, set inside the control room of two children – they are inside the children’s heads, behind the eyes. Each character – Brain, Mouth, Heart and others – is head of their own department, controlling every move, thought and even breath of the children.

As well as the exciting drama on stage, there are sections of video in this unusual and original play.

TICKETS ON SALE FROM JANUARY 9th 2023

Directed by Jane and Nick Foster

June 1944.  One man’s decision is about to change the course of history.  The Allied forces led by General Eisenhower are poised to launch.  350,000 lives are at stake and the decision of whether or not to attack comes down to the most important weather forecast of all time.

An extraordinary and little-known true story, Pressure by David Haig thrillingly explores the responsibilities of leadership, the challenges of prophecy and the personal toll of taking a stand.

This affectionate, semi-autobiographical play is about Simon’s early years in Brighton Beach, a poor, mainly Jewish-American neighbourhood in Brooklyn. The “not quite 15” Eugene introduces us to his family household – mother, father, elder brother, aunt and her two teenage daughters –  and shares his teenage angst.

Filled with Simon’s customary wit and well-drawn characters, the play will leave you with a smile on your face and a warm glow inside. 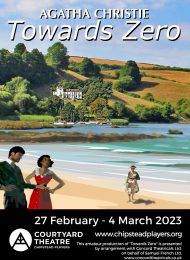 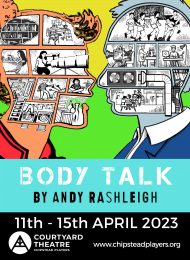 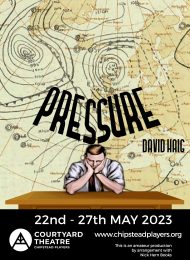 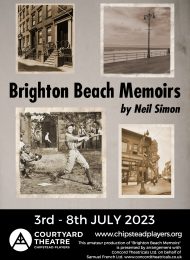