Skip to content Skip to main menu
Home › What’s On

Mix a Hitchcock masterpiece with a juicy spy novel, add a dash of Monty Python and you have this intriguing, thrilling, riotous and unmissable comedy. The show hurtles a notorious fugitive and a spellbound blonde from a London music hall north by northwest to Scotland’s most remote highlands. Will they save Britain from a den of devious spies? A cast of five actors plays over 150 characters in this fast-paced tale of an ordinary man on an extraordinarily entertaining adventure. Winner of the Olivier Award for Best Comedy in 2007, The 39 Steps contains every single legendary scene from the award-winning movie — including the chase on the Flying Scotsman, the escape on the Forth Bridge, the first theatrical bi-plane crash ever staged and the sensational death-defying finale in the London Palladium. All are brought to life on The Courtyard stage, in this inventive and hilarious theatrical tour-de-force.

Three members of a right-wing political party have arranged to meet in a derelict flat in an abandoned tower block.  Curtis lived here happily as a child, but then tragedy struck, and he is desperate to understand what happened.  But the flat is occupied by two squatters – a storyteller and his apprentice – and soon they are joined by Curtis’s ex-girlfriend, her best friend, a budding journalist, a medium, and finally Curtis’s stepbrother and his fiancée.  They all have stories to tell – both real and imagined – that will change Curtis’s life forever.

The play touches on issues of far-right extremism, racism and homophobia, but its underlying theme is story-telling – the stories that we tell ourselves and each other, and how we use stories to make sense of who we are and why we are here.

Please note that the dialogue includes occasional use of swearwords and may not be suitable for young children.

In his small pub in Oldham in the mid 1960s, Harry is something of a local celebrity. But what’s the second-best hangman in England to do on the day they’ve abolished hanging? Amongst the cub reporters and sycophantic pub regulars, dying to hear Harry’s reaction to the news, a peculiar stranger lurks, with a very different motive for his visit.

This is a dark comedy about vengeance with the top-notch twists, violence and laughs we have come to expect from the writer of plays including The Beauty Queen of Leenane, The Pillowman, The Cripple of Inishmaan and The Lieutenant of Inishmore, and the films In Bruges and Three Billboards Outside Ebbing, Missouri. 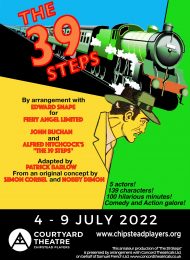 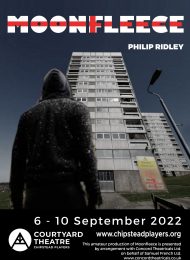 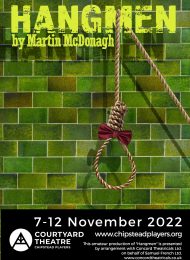